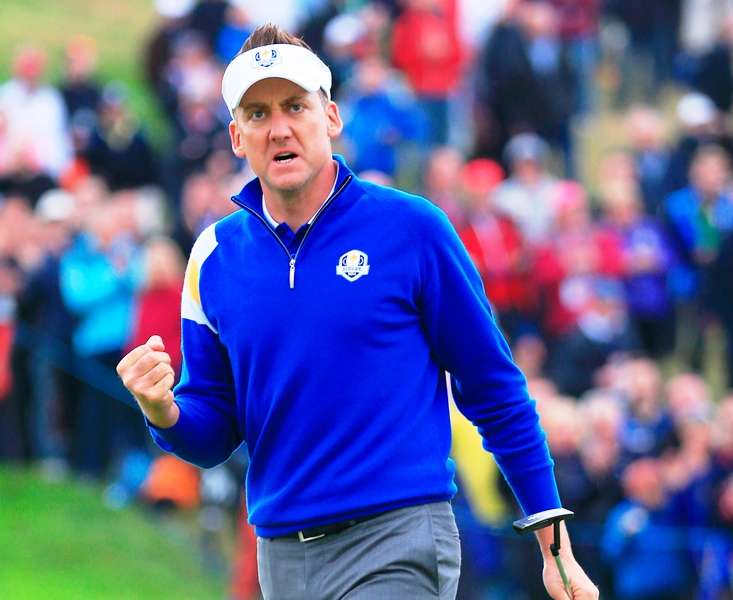 Ian Poulter has been confirmed as one of Europe’s Ryder Cup vice-captains for this year’s tournament at Hazeltine.

The 40-year-old has been an inspiration for the European team in recent years and was the talisman as they came from behind to win in 2012, an event that has since been dubbed ‘The Miracle of Medinah’.

However, his poor form over the last couple of years has meant he looked unlikely to qualify for this year’s edition and last week revealed his intention to take time away from the game due to a long-standing foot injury.

Darren Clarke has now decided to add him to his backroom staff for Hazeltine and he will join Thomas Bjorn, Padraig Harrington and Paul Lawrie as the Northern Irishman’s assistants, with him due to name another closer to the event which gets underway on September 30.

The 12-time European Tour winner says he is excited about the opportunity and is ready to give all he can to ensure his team continue their recent fine record in the competition.

He said: “Everyone who knows me knows how much The Ryder Cup means, having given me memories to savour over the past 12 years and created friendships that will last a lifetime.

“We have a tremendous record in The Ryder Cup in recent times, having played with passion, desire and commitment. It is something we should be proud of and, rest assured, I will do everything in my power to maintain that intensity and help Europe’s quest to retain the trophy.”