No walk in the park for fans at Chambers Bay 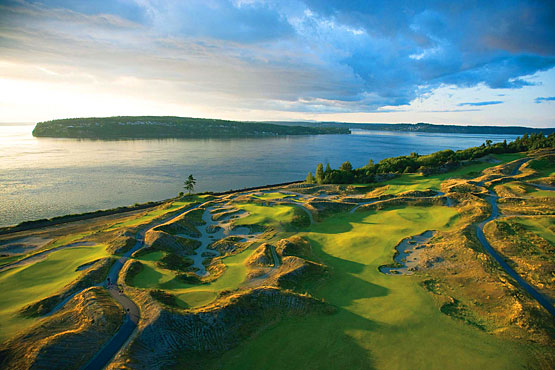 Of the many valid criticisms routinely aimed at the United States Golf Association is the notion that the game’s rules-makers care little for the spectators who pay at the gate to watch the action.

Especially in the wake of the 12-year, $100m per annum contract signed with Fox Sports, the USGA often stands accused of making a television show rather than a golf tournament.

Indeed, the 115th version of America’s national championship was billed as ‘the grandstand Open” by one local newspaper, a not so complimentary reference to the fact that walking the Chambers Bay course was all but impossible for the thousands of fans who would have like to roam the premises. As many as five holes on the controversial course were all but inaccessible to foot-traffic.

“I can’t stand sitting, but here you have no choice,” said one disgruntled fan.

Not surprisingly, the 18,000 grandstand available to the public filled quickly, with inevitable consequences. Long lines were common, with fans having to wait as much as half an hour in places just to take a seat. And on the first two days of the championship, hundreds of people ignored rope lines on the 14th hole in an effort to gain a better view. Unfortunately, that view was short-lived. Before long, all were moved back.

“Although the top of the dune on the 14th might be a great vantage point, it is simply not safe to climb up and down on that spot,” said Danny Sink, the USGA’s on-site championship director. “The great thing about a links-style course is that you get that linksy feel. But with that, you can’t walk right beside the ropes and watch every shot hit by a particular player.

“There’s just too many hills and undulation on the course. So it’s a situation where you might not be able to see every shot of every player in every group. What we’ve done here is create some great spectator areas where you can see the majority of shots. But you need to plan out your day.”

Still, even those with a strategy were having trouble seeing much action. One spectator reported that he had a stark choice: he could either watch a player hit and not see the result of the shot, or he could miss out on the swing and wee the ball land. To do both was, generally speaking, out of the question.