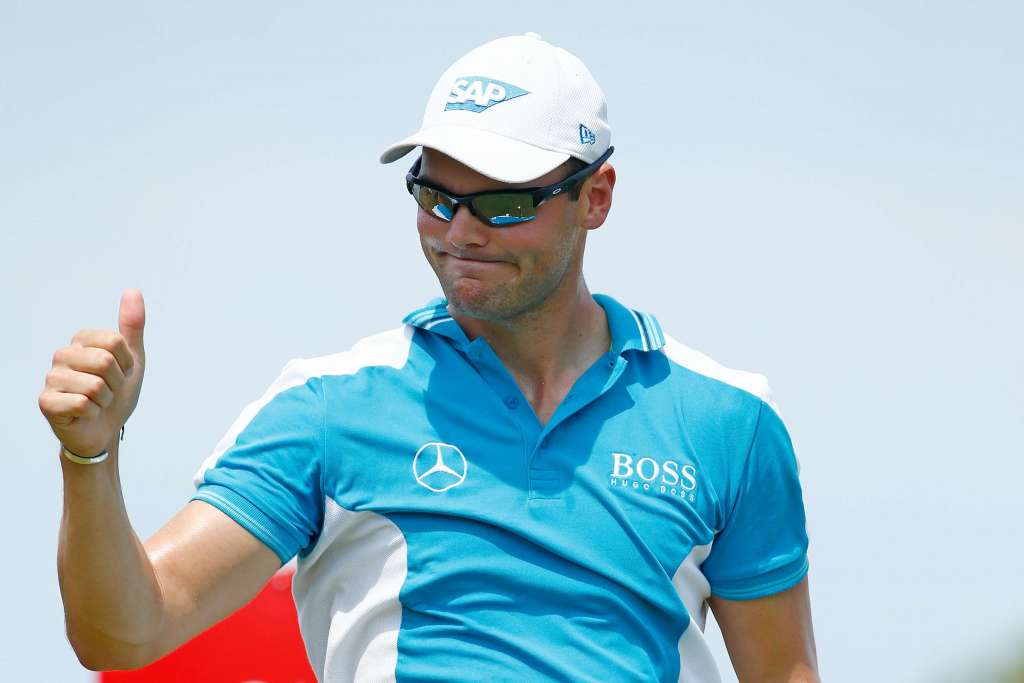 No entry: Martin Kaymer has lost his card for the PGA Tour (Photo by Getty Images)

In the week when qualifying begins for next year’s Ryder Cup, two of Europe’s top golfers are facing puzzling times.

After another break from golf to help his torn ankle ligament regain strength, Rory McIlroy returns to action tomorrow at the US Tour’s Fedex Cup’s Deutsche Bank Championship in Boston.

However, collecting world ranking points to post on the qualifying table for a place in Darren Clarke’s team to take on the Americans at Hazeltine next year will be the least of his priorities.

Because after his second absence from the golf course, the Ulsterman now finds his place as the world’s number one golfer seriously threatened by two other men.

Jason Day has joined Jordan Spieth in the McIlroy headhunt after his stunning six-shot victory at the weekend in The Barclays.

With the victory, Day became the first Australian in history to win four times in a season on the PGA Tour – a feat not managed by Greg Norman when he was dominating the world rankings in the 1980s and early 90s.

Both Day and Spieth could overtake McIlroy should they emerge as victors at TPC Boston come Sunday night.

But at least McIlroy, if his ankle is now up to the task, will be able to fight his corner in all the remaining big tournaments of the year.

That is more than can be said for German Martin Kaymer, who has discovered he will not be eligible to play on the US Tour full-time again until 2017 at the earliest. The two-time Major winner has lost his card in America after failing to fulfil a commitment to play at least 15 events in the States this year.

When he drew up his schedule, he thought he would qualify for the Fedex Cup plays-offs, and factored three of those tournaments into his yearly total.

But he has not qualified for the play-offs after recording only one top ten finish in 2015, and sinking to 139th in the Fedex rankings.

And the immediate effect of his enforced return to playing full-time on the European Tour and the Majors for the next 15 months can be seen in his first tournament entry.

Kaymer will not be playing in tomorrow’s Russian Open, which marks the start of the euro-earning qualifying table that will provide four automatic spots for next year’s Ryder Cup team.

But he has entered the KLM Dutch Open the following week at Kennemer, where he won back in 2010 by four shots from Christian Nilsson.

One man who will be keeping a close eye on both the Barclays and the Russian Open action this week, as well as a lot of other tournaments in the weeks ahead, is Darren Clarke.

After three months of just talking theory about the team he will lead at Hazeltine, he now has form and qualifying to tables to follow. And he is looking forward to carrying the extra workload on his shoulders.

Clarke said; “It’s an exciting time and I know that from this point it will get busier and busier as we get closer, and before we know it there will only be a year to go.

“Ever since I had the honour of being appointed captain I always thought that Russia would be the time that I would really start paying attention to how people are playing.

“I know from experience as a player that it’s something you start to think about all the time, but it should only be a positive thing for the guys.

“I intend to go to quite a few tournaments that I’m not in next year to watch some of the guys that are in contention for making the Ryder Cup team. So I’m going to have a very busy schedule next year, between my playing schedule and my Ryder Cup duties.”

This article was originally published in TGP on 2 September 2015.