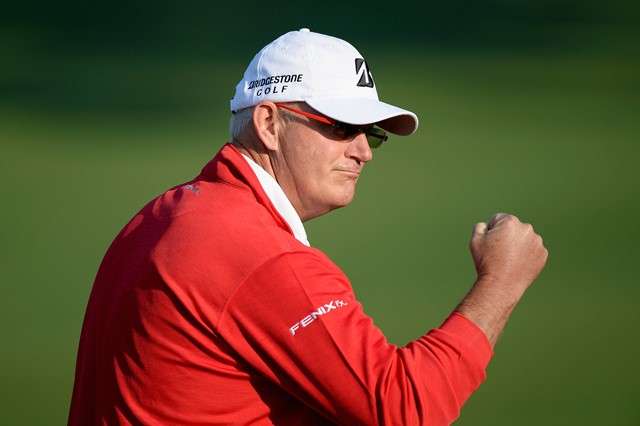 Nigel Edwards has been the non-playing captain of the Great Britain & Ireland Walker Cup side for a wee while now. A grand fellow, the 47-year old Welshman has led the nation’s best ten amateurs into the three most recent biennial contests with their counterparts from the United States. But, although Edwards has brought many fine qualities to the job, he is also almost the last of a dying breed, a “career” amateur who never had any intention of turning professional and so was eligible for multiple Walker Cups.

In recognition of this fact, the R&A’s soon-to-be ex-chief executive, Peter Dawson, has been actively seeking advice on who might succeed the current incumbent. It’s a pretty short list, if one assumes that a pathetically out-dated “tradition” must be adhered to and only amateurs need apply. Former Amateur champion Craig Watson has been mentioned, as has another past winner of the British game’s biggest title, Stuart Wilson. Otherwise, deafening silence.

So the time has come – depending on your point of view – for either a much needed or an inevitable change. It is time to turn to those who have played Walker Cup golf and subsequently turned professional. Immediately, a plethora of candidates emerge, men like Paul McGinley, Roger Chapman, Andrew Coltart (who has already served with distinction as skipper of the European team in the Palmer Cup), Padraig Harrington and, heaven forbid, Colin Montgomerie. All are at (or close to) the stages of their careers when they would be able to devote sufficient time and attention to a Walker Cup captaincy.

Six-time Walker Cup player Gary Wolstenholme – now active on the European Senior Tour – might be another candidate, but the Englishman’s quirky personality might be just too “out there” to cope with ten different players with ten different attitudes to golf. By all accounts, the two-time Amateur champion was a terrific player in multiple Walker Cups – he is GB&I’s all-time leading points scorer – but only on his own eccentric terms. A captain does not have that luxury. To be truly successful, a leader must be all-things-to-all-men, not merely an individual operating within a team environment.

Besides, there is one other man who should be well clear at the top of Dawson’s wish-list: Sandy Lyle. For this observer, the former Open and Masters champion is the perfect candidate to lead GB&I into battle at the Los Angeles Country Club in 2017. Perhaps the most approachable of golf’s truly great players, the amiable Scot has the sort of personality and experience that would only enhance the prospect of what has become an increasingly unlikely Walker Cup outcome – an away win on US soil.

“The idea of appointing someone who played Walker Cup and Ryder Cup – or even just on the European Tour – is one worth pursuing,” says former Ryder Cup player Ken Brown, now a much-respected commentator for the BBC. “And yes, Sandy would be top of that list for me. The players would love it. Sandy would love it. I’m amazed it hasn’t been thought of before.

“Sandy would have the total respect of the youngsters on the GB&I side. They would feast on his experience of all those Ryder Cups he played in. Plus, it would be nice for him after missing out on being Ryder Cup captain. I would see it as a win-win-win-win situation for everyone involved.” 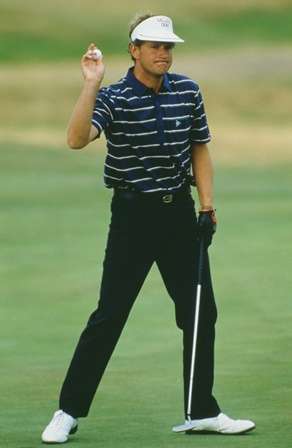 Golfing force: Lyle is well respected in the game. Winning the 1985 Open (Photo by Getty Images)

That is so true. And, to be fair, the so-silly barriers between the professional and amateur game have already started to break down. Last week at Royal Lytham & St Annes, McGinley – who was part of the 1991 Walker Cup side at Portmarnock – was drafted in to pass on some of what worked so well in the Ryder Cup at Gleneagles last year. By all accounts, his visit was a huge success, providing the home squad with a confidence boost at just the right time.

Lyle (a veteran of the 1977 Walker Cup at Shinnecock Hills and five consecutive Ryder Cups between 1979 and 1987) could provide more of the same, both on and off the course. This is, after all, a man who has more than once won at the highest level of the game and one who, at his considerable peak, the late Seve Ballesteros memorably described as “the best of the best.”

“The lads playing in Walker Cups these days are still called amateurs but they are, in reality, inexperienced professionals,” continues Brown. “So they have a lot to learn as their games develop. I could see Sandy helping them with tactics, course management and strategy – when to have a go, when to hold back – that sort of thing. He would help them think like professionals, something he has been for almost 40 years. In that respect, he would be indispensable.”

Lyle should not be asked to do this alone, of course. The rise and rise of assistant captains in the Ryder Cup has perhaps reached epidemic proportions, but one or two helpers at a Walker Cup would not go amiss. It certainly couldn’t hurt.

“I would go further and say they should have assistant captains in the Walker Cup,” says Brown, who played alongside Lyle in the 1974 England Boys’ team before both saw the light and decided to honour their fathers and represent Scotland. “I see no reason why not. The captain needs help. It’s all about adding little things to the mix that can make the difference under pressure and turn the match in GB&I’s favour.”

All in all then, it just makes too much sense to be ignored. Let’s hope the in-coming R&A chief executive, Martin Slumbers, has the foresight to approach the current World Hickory champion and offer him the job. Apart from anything else, it would be great to see one of golf’s nicest and most honourable gentlemen acknowledged and recognised in such a way after being so shamelessly overlooked for the Ryder Cup captaincy. As an old boss of mine used to say when assigning story ideas: “Get it bloody done.”