Newbies can take the PGA by storm 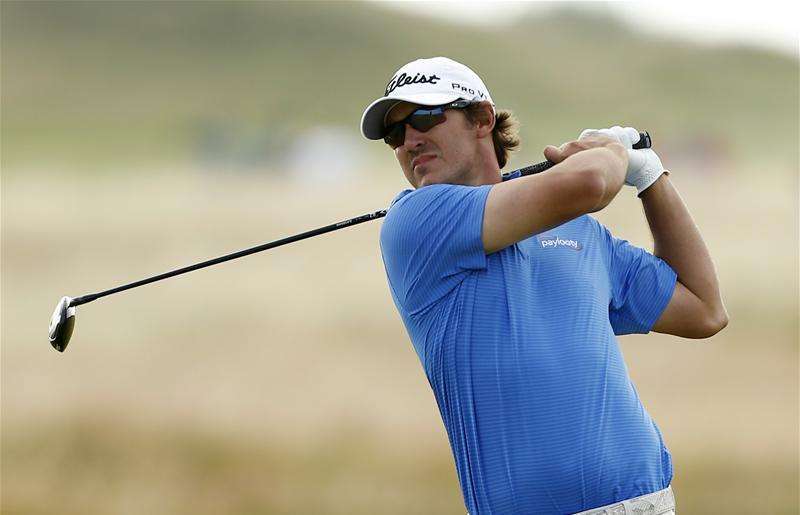 Given that on last year’s crowded PGA schedule we had ten first-time winners,  it’s the perfect time to have a crack at sorting out the ten tour “maidens” most likely to emerge in the next 50 weeks.

But first of all we’ll take a look at the ten who made their first mark last year.

Three of them, Brooks Koepka, Danny Lee and Alex Cejka, had previously won in Europe, while three of them, Cejka, 44, Fabian Gomez, 36, and James Hahn, 33, go against the trend because of their age – the other seven are all in their 20s.

Florida bomber Koepka is the highest ranked, currently 12th in the world and rising and is certain to rise to even greater heights. He was unlucky not to make the Presidents Cup team and looks a shoo-in to make his Ryder Cup bow next September.

Lee, a Kiwi of Korean parentage, did make the International side for the Presidents Cup without doing himself justice, but he too will surely win again.

So will the stocky Swede David Lingmerth, whose victory came at a very high level, in Jack Nicklaus’ tournament, and quiet-man Robert Streb – an Oklahoman who also managed top-fives at Wells Fargo, Greenbrier and Bridgestone.

Nick Taylor, Hahn and Gomez came from nowhere to have their week in the sun and have retreated to their previous state of virtual obscurity.

Indeed, Canadian Taylor – a former world No. 1 as an amateur – was so taken aback by his win that 25 tournaments have elapsed since without him finishing inside the top 20.

Generally speaking, the Class of ‘16 have more potential and these are the ten men charged with making a bigger name for themselves before next September. They are listed in star-quality order:

A tall 23-year-old from Indiana who has been playing as a Special Temporary Member but now holds a full tour card. The world’s top amateur for 16 weeks in 2014, he carried forward his reputation to the Web.com, winning the second event of the season in Colombia. Second at Wells Fargo and third at the Barracuda, Rodgers is a tremendous all-round talent.

A 310-yard giant hitter from Utah, Finau is the first man of Tongan/Samoan extraction to play on the PGA Tour. This 26-year-old looks a big-occasion player after finishing 14th at the US Open and tenth at the USPGA. He made everybody sit up around this time last year with four top-15s in October-November, so watch out for early fireworks again.

Thomas is a birdie machine capable of incredibly low scoring, but is not yet entirely comfortable on Sundays when the pressure is on. But 15 top-25s testify to an enormous gift for the game. He’s also a Web.com Tour winner, in Brazil, and has the most top-tens – seven – among the ten. Temperament doubts stop him being the number one pick, but Thomas will be prolific once he gets it all together.

The PGA’s Rookie of the Year was unlucky to run into an inspired Padraig Harrington at the Honda Classic in March. He made the play-off there after closing with a 64. Like Thomas, this mournful-looking Floridian is only 22, yet finished 11th on the final FedEx Cup table. We thought he’d lost the plot when missing seven straight cuts in the summer, but Dan finished powerfully with a BMW second and 12th places at Boston and East Lake.

Kisner is older than most of the others, at 31, but showed a great attitude in three high-profile play-offs… despite losing all. He’s not a big guy but makes up in tenacity – fighting Rickie Fowler to the wire at the Players Championship after pushing Jim Furyk hard at Heritage. He finished with top-20s in two FedEx qualifiers and is a late bloomer who now has the confidence to make a splash at the top level.

Having just turned 23, this could be the best Argentine golfer since De Vicenzo. Grillo’s superb swing is not matched by a flaky temperament – on the European Tour he had several clear-cut chances but botched the lot, and did the same on an early PGA Tour venture in Puerto Rico in March. He finally got across the line in this month’s Web.com Tour Championship finale and is much more talented than this year’s Argentinian winner, Gomez.

A stocky 32-year-old from Utah with a great putting touch, Dan has been on the main tour since 2011, finished close fourth when Spieth made his early breakthrough at the 2013 John Deere Classic and then lost out in a play-off to Woody Austin the following week at the Sanderson Farms. Fourth at Memorial in 2014, he was getting ever closer this year with five top-tens – two of them in top company in FedEx qualifiers.

Ollie is an exciting newcomer to pro ranks, who was the world’s top amateur when he arrived at St Andrews for the Open. He finished 12th there and has already made a big PGA Tour impression, finishing 22nd at the Canadian Open and 15th at Quicken Loans – one ahead of someone called Tiger Woods. Hard to spell, easy to like.

Pinckney is a Utah 26-year-old who is a long-time friend of Rory McIlroy. The pair met as nine-year-olds when he finished runner-up to Rory in the Junior Public Links Championship and Rory stayed with his family. He has some catching up to do, but second place in the Byron Nelson and top-tens in Puerto Rico and Texas were encouraging. Scott is unlikely to ever be a superstar, but should be winning in his turn as he has a good method.

Wilcox has an unorthodox swing that seems to work and it definitely did in 2013 when he shot a 59 in a Web.com Tour tournament, holing an eagle and ten birdies on the par-71 Willow Creek course in Utah. The 29-year-old from Alabama was the only threat to Scott Piercy at the Barbasol Championship, finished in the top ten at the John Deere and managed five more top-20s. He could pick up one of the smaller ones.