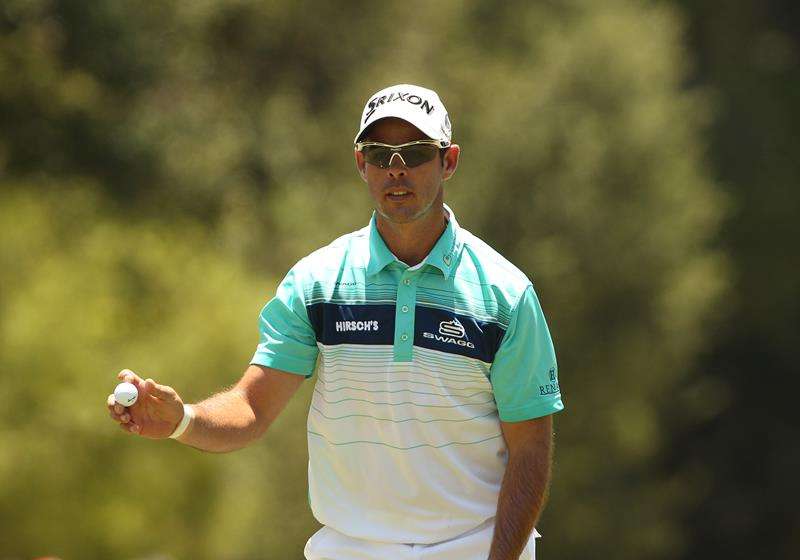 Jaco van Zyl has revealed that he has three goals for 2016, one of which is to play at Augusta next month.

The South African, who turned professional in 2001, ­recently climbed into the top 50 for the first time in his career after claiming victory at the Eye of Africa PGA ­Championship in ­Johannesburg in ­February.

This win on the ­Sunshine Tour – along with seven top-five ­finishes last year – has helped the South African to make a solid push for Masters qualification.

“Twenty fifteen ended on a really high note and was a ­really successful year for me,” van Zyl told The Golf Paper.

“Twenty sixteen got off to a slow start, but with my win in February it seems like a lot of doors have opened. My most recent win has been the first in a while, and I hope it is the start of many to come.”

While van Zyl, who is now number 52 in the world, is still looking for that first win on the ­European circuit, he can’t help but keep one eye on the possibility of teeing off at Augusta next month.

When asked about the Masters and other targets for the year, he added: “Winning on the ­European Tour is one of my main goals and to ­accomplish that would be amazing.

“I think playing at ­Augusta is any golfer’s dream, it would be a huge privilege and honour to play there. However, I’m still taking each ­tournament as it comes.”

The only chance that the ­37–year-old has of ­qualifying is by ­getting into the top 50 in the world the week before, ­something that is still very much in the ­balance.

However, while van Zyl is relishing the chance of playing the event, he has played down the situation and said that there’s ­always another chance in the future.

“Unfortunately, I didn’t attend Doral, but I will be playing at the Dell Match Play in Texas [this week] and was hoping to get an invite to Houston,” van Zyl added.

“Hopefully, after the Matchplay, I will stand a good chance of getting into the Masters. If it doesn’t happen this year though, I will continue to persevere and hopefully make it to ­Augusta in the near ­future.”