Posted on 4th April 2016 by Adam Ellis in Features, In the Golf Paper | 0 Comments 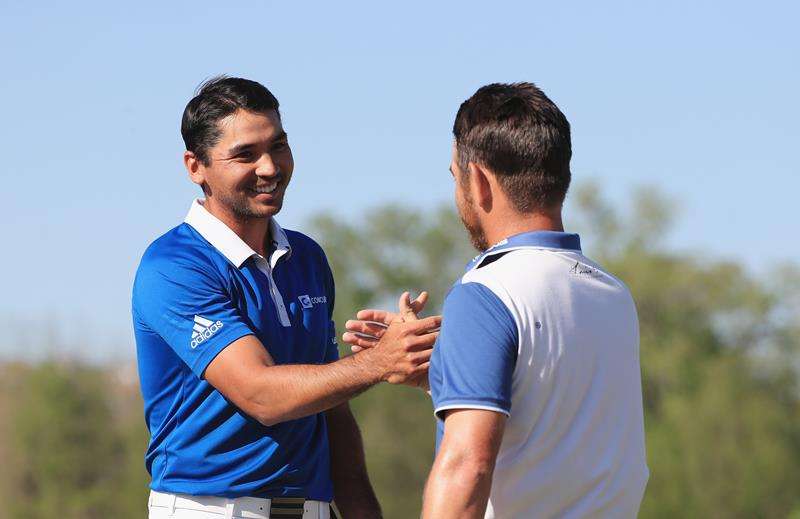 Before the start of most international sporting events  Down Under the national anthem  Advance Australia Fair is played and sung with gusto to be followed when the action has started by the constant chant from the terraces of “Go Aussie. Go Aussie. Go, go,go.”

And while there may not be too many Australian golf fans in attendance at Augusta when the Masters gets underway next week, those sitting in front of their  TV sets Down Under will be greeting every good shot played by Jason Day and Adam Scott with the same national fervour.

So, too, will be Australian golfing legend Greg Norman sat in the lounge of his home in Florida. And at the back of his mind will be the strong possibility that either Day or Scott could achieve something he never did during his long and magnificent career – be handed a Masters’ Green Jacket.

For although the Great White Shark sat at the top of the world rankings for a total of 331 weeks during the 1980s and 1990s, his career total of 85 tournament  victories worldwide included only two Major titles – The Open which he won in 1986 and 1993.

Day, 28,  and Scott,  35,  could equal that Major tally next week – and Norman will not be surprised if one of them does.

In a column for the Fox Sports website in America, Norman was asked to sum up their chances and wrote: “When it comes to Jason Day, I see absolutely no reason why he cannot repeat 2015 or even better it.

“His entire game and life is on solid ground, therefore he has nothing but a green light to maintain focus on his goal of being No. 1. I look forward to another monumental year for him.”

And about Scott he added:  “The switch to the short putter has the potential to affect him mentally, but he will determine this himself one way or another.Quickening green speeds as the Tour moves into spring will be the barometer to how he is adjusting. I, along with all of Australia, will be rooting for him.”

Norman’s fellow Aussies will start Masters week already with hoarse throats from cheering their country’s golfers over the past two months.

For while Day has made the biggest headlines by winning the Bay Hill and Dell Matchplays, and Scott has taken the US Tour’s Honda Classic and the WGC Cadillac Championship, they have not been the only Aussies picking up titles this year.

On the European Tour, Scott Hend recently won the Thailand Open and Marcus Fraser triumphed in the Maybank Malaysian Open.

In his column, Norman also told his readers that he has high hopes  that Sydney’s Matt Jones could take his game to a new level after winning the Australian Open last November.

In the few days left before The Masters get underway there will be similar patriotic hopes in America for their top trio of Jordan Spieth, Bubba Watson and Rickie Fowler. But between the three of them only Fowler’s name sits on a 2016 honours board for his victory in January in the Abu Dhabi Championship.

The Australians have the momentum and for Day to have won in Austin on Sunday night, having played seven rounds in the Matchplay despite suffering from severe back spasms all week, just showed their in-built determination. 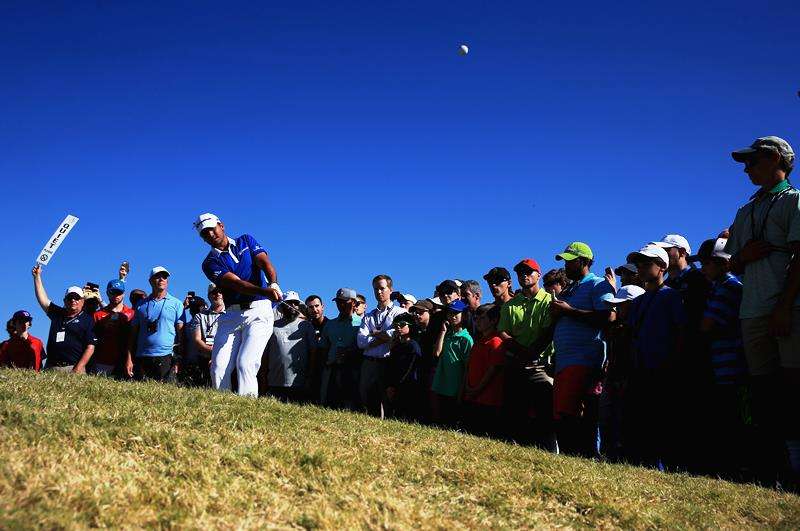 On target: Jason Day hits a pitch shot on the 12th hole of the final at the Dell Match Play (photo by Getty Images)

Day revealed he also draws inspiration when Scott is playing well. “Watching Scotty play the way he did in 2013, getting to No. 1 and winning the Masters,” said Day, “was a big inspiration to me.

“He was one of my favourite golfers growing up, obviously Tiger Woods was as well, but Adam Scott was up there. And watching him win got me working harder.

“Once you see an Aussie do it, then you want to do it and then it’s like a chain reaction. The guys that have won, we all know each other and we all see it each week.

“We always read about it, who has won the tournament on Sunday, and we want to do that as well. So that’s kind of where we get the inspiration from.”

And having played through the pain barrier for the week in Texas, Day, while on the treatment table, had the time to work out just what he needs to do to join Scott as a Green jacket winner and complete an amazing seventh victory in 13 starts in tournaments in America.

“I feel good,” he said. “But I can’t get complacent with how I’m playing right now. It would be great to win Augusta but I’ve got to make sure I do the little things that count towards the big picture.

“My prep in getting ready for that week? Rest and recovery is huge for me, because it has been a long week here and a long two weeks in all.

“And there’s going to be a lot of hype around me going in as No.1 in the world. But I have got to embrace it.

“I know the feeling of trying too hard. So I have to focus on a lot of things, do everything that I can, not try too hard and not try to shoot seven under in the tournament.”

Scott, surprisingly, made an early exit from the Match Play, but that has given him time to prepare for the first Major of the year and he believes that, with the growing rivalry between the Americans and Australians, and McIlroy also wanting to reclaim his position as world number one, it could be one of the most interesting Masters for many years.

Scott says: “It’s an exciting lead up to the Masters with a lot of top players in great form and a lot of stories there – probably a lot more so than in the past few years.

“From Bubba to Jason to Jordan and Rory, playing for the career Grand Slam…everyone has got some motivation to play well at Augusta.”

But for the past month all the signs suggest Augusta is just going to be the venue for another verse of Advance Australia Fair.

*This article was originally published in TGP on 30 March.