Why top golf courses need to be left alone 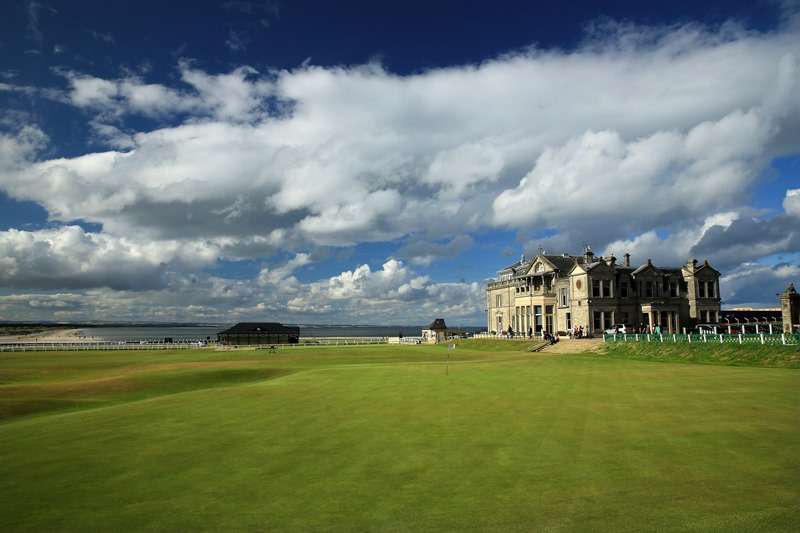 In 2002, the USGA and The R&A co-authored the Joint Statement of Principles, which, they claimed, confirmed their ­commitment to the fundamental notion that skill, not technology, should be the primary determinant of success in golf. The Joint Statement ­acknowledged the benefits of ­equipment technology, but noted that any further significant increases in­ ­hitting distances at the highest level would be “undesirable”.

Then, on June 2 this year, the two rule-making bodies had more to say. Deriving data from seven tours across the globe – the PGA Tour, European Tour, Web.com Tour, Champions Tour, Japan Golf Tour, LPGA Tour and Ladies European Tour – they claimed that, on the first four circuits named, “the ­average driving distance has increased by approximately one per cent since 2003 until the end of the 2015 season”. On the last three,  ­“average driving distances decreased by a similar amount (minus one per cent) over the same time period”.

All of which is designed to justify the R&A’s and USGA’s joint inability to control the obvious explosion in ­driving distance that has so ­compromised the professional game.

The key words are “since 2003”. Or, put another way, the convenient use of what is called “shifting baseline ­syndrome”. Definition: “A change to how a system is measured, usually against previous reference points, which themselves may represent ­significant changes from an even ­earlier state of the system.”

In other words, if we take a wee peek at pro golf before 2003, the ­conclusions drawn are very different. While there may have been statistical stability (+/- one per cent) from 2003 to 2015 on the aforementioned tours, the USGA & R&A have not stopped adding yardage and stiffening the set-ups – more rough, narrower fairways, faster greens – at their championship venues. If driving distances are stable why have courses and pars for holes been changed so often?

Perhaps the saddest aspect of this nonsense is loss of historical ­perspective. Using the Old Course at St Andrews as an example, great ­champions like Sam Snead, Peter Thomson, Bobby Locke, Arnold Palmer, Tony Lema, Jack Nicklaus, Seve ­Ballesteros, Sir Nick Faldo and, yes, even John Daly all competed not only against their contemporary fields but against history at the Home of Golf.

Did the scores change? Yes. Did the course? No. More specifically, when Snead lifted the Claret Jug in 1946, the Old Course that he played measured 6,923 yards. In 1995, Daly’s year, that yardage had gone up by a mere ten. And the winning scores? Snead shot 290 and Daly 282. Within the near half-century between those two Opens we therefore had a fair comparison in the ­advancement of skill and technology.

Since then? Not so much. At some point and somewhere a decision was made to freeze scores, but not skill, technology or the playing fields. Why did we arbitrarily decide to freeze scoring but nothing else?

So, as the course has been ­lengthened substantially, the range of winning scores in the last four Opens has been a mere five shots.

Predictably, the story from across the Atlantic is similarly depressing. Storied Merion, where Justin Rose won the 2013 US Open, is a perfect ­example of steady improvement in scoring over nearly half a century. Olin Dutra won there in 1934, shooting 293; Ben Hogan’s winning score in 1950 was 287; Lee Trevino shot 280 en route to victory in 1971; and David Graham’s aggregate of 273 was the best in 1981. All on a course shortened by 150 yards between 1950 and ’71.

Then it all changed. Thirty-two years on, using the best equipment on the best-maintained turf-grass and greens (and after many inches of recent rain), not one of the fittest ­players on the planet broke par on a course measuring under 7,000 yards.

Covering their tracks re out-of-­control clubs and balls, the blue-blooded USGA denied us an accurate reflection of the state of golf in 2013. Instead, Merion was ­manipulated to provide a “proper test”. On eight of the 14 driving holes, rough was grown in the ideal strategic positions created by course designer Hugh Wilson. The par-three 3rd required a driver from the tee and soon turned into a farce. And the pin positions were too often at odds with the traditional set-up formula favoured by generations of administrators.

Performing these sorts of ­gymnastics just to prove a point is pathetic, the inherent contradiction in the argument obvious. Why is it that The R&A and the USGA – who, in the name of progress, resist a rollback of ­equipment – apparently advocate a freeze in scoring by any means ­possible? Radically altering the set-up of your premier events makes no sense if the position you hold on technology argues exactly the opposite.

All of this is done to manipulate scoring in relation to an arbitrary number – par – whose definition is increasingly flawed. It allows two strokes per green. Which is fine when those greens represented a true ­challenge. But they don’t any longer. Now, on perfectly prepared surfaces, if a 30-foot putt doesn’t scare the hole it’s a mis-hit. And putting from eight feet, once tricky, is now close to automatic, a 1.6 stroke average for the best players.

None of this makes sense. The mix is all wrong. If pro golf is to again be the game it should be, courses need to be left alone, clubs and balls need to be properly regulated and scores allowed to go where they will.