Hatton: Success down to my father

Posted on 10th August 2016 by Adam Ellis in Features, In the Golf Paper | 0 Comments 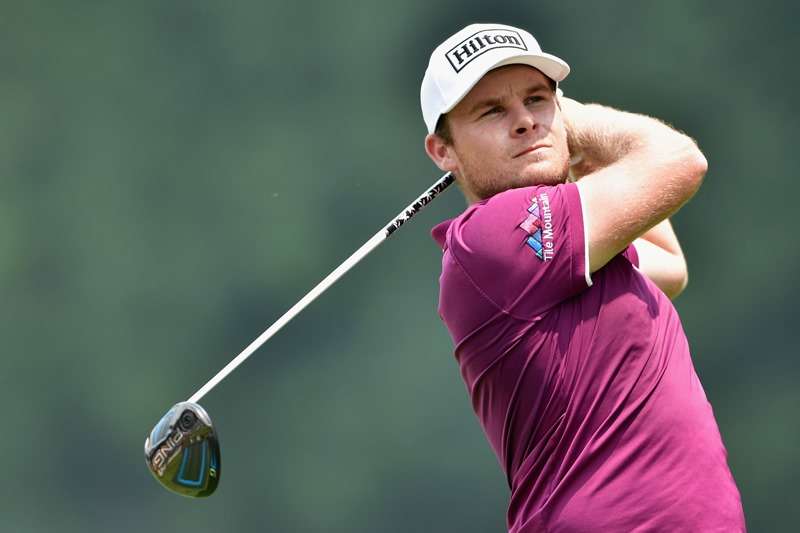 MANY star golfers have learnt the great game from their father.

Tiger Woods says that he owes so much to his father Earl’s strict regime and Justin Rose talks emotionally about his late dad Ken.

Now Europe’s latest hot shot Tyrrell Hatton insists that all the credit for his performances must be laid at the feet of his father, Jeff.

The 24-year-old Marlow-born starlet has enjoyed an extraordinary four weeks, in which he has surged to 14th in the Ryder Cup standings from outside the top 35, and banked more than £700,000 in the process.

Hatton’s final-round 68 at Baltusrol saw him card a seven-under-par total at the PGA Championship – good enough for tenth place following a second-place finish in the Scottish Open and fifth at The Open.

Now Hazeltine is very much in his sights, so much so that he has postponed a week in New York with girlfriend Emily to seek more qualifying points in this week’s Travelers Championship.

Hatton says that the ­recent success is down to some wise words from his old man on a blustery ­Castle Stuart driving range. “It’s all down to my dad,” he said. “He’s been my coach since I was five years old. Dad remains today my trusted coach and club consultant. He helped me a lot the week of the Scottish Open and I’ve just taken confidence from that.

“I tried to keep my swing going in the week off before the PGA, and I feel like I played well this week. That’s a top ten at a Major again and that’s really good.

“I’m obviously really happy with how I finished. To be honest, the final round was a struggle for me as I didn’t swing it as well as I had done the ­previous three days but I ground out a good score in the end. Like all Europeans, I want to play in the Ryder Cup one day but I’m not thinking about this year’s right now. I’ve just got to focus on playing as well as I can.”

Hatton’s invite into the Travelers Championship will give him his first ­regular PGA Tour start.

“Emily will be a bit ­disappointed,” he said. “I’ve never been to New York, she’s just finished ­university and she was ­really excited about it.

“But I’m sure we can plan another trip to New York City. It’ll be great to compete in my first regular PGA Tour event.

“To have done this in world-class fields has done wonders for my ­confidence. Hopefully, this is just the start and I can continue doing well in big events and get my first win soon.”

*This article was originally published in TGP on 3 August 2016.