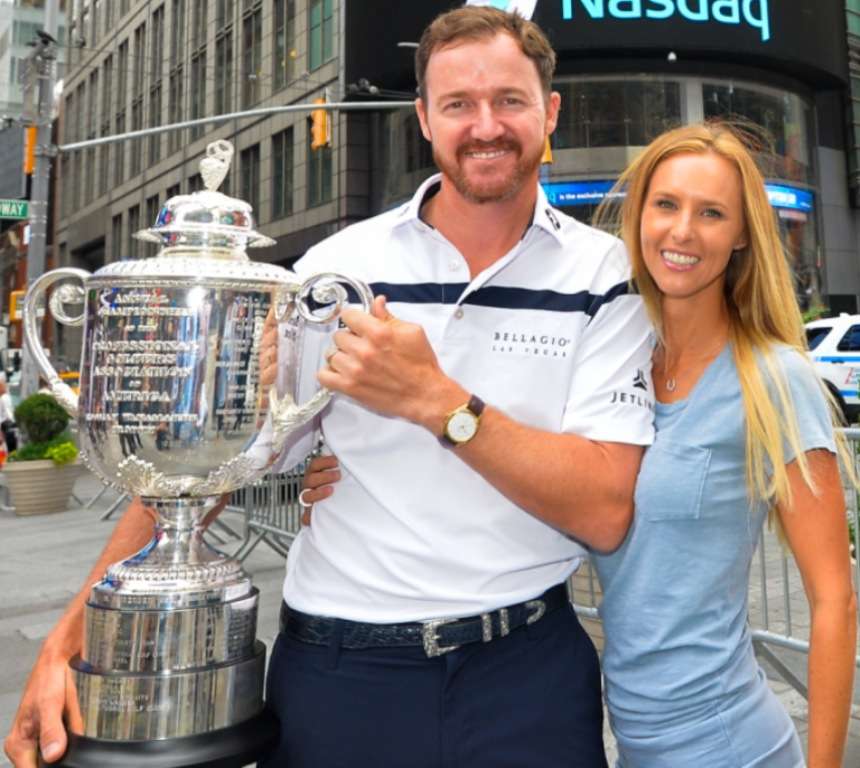 That Jimmy Walker has just become the fifth successive first-time Major champion should not come as too much of a surprise to the world of golf. Walker is a quality player for one thing, his distinctively high-handed swing and smooth putting stroke well worthy of wider attention.

And for another, ever since the 37-year old Oklahoman won his first PGA Tour event in 2014, he has been a semi-regular collector of not-quite first-rate titles. Which is one way of saying that the USPGA Championship is the minor-Major, very much fourth of the four and, if truth be known, a tournament without a distinct identity.

Indeed, the last quarter of golf’s Grand Slam has long battled an image problem. Former US Open winner Geoff Ogilvy put it best when he was asked to characterise the constituent parts of the game’s most important events.

“The Masters is all about putting on Augusta National’s super-slick greens,” said the erudite Australian, perhaps the most thoughtful member of golf’s elite. “The US Open has the narrow fairways and the thick rough. The Open Championship is links golf in which the wind plays a huge part, the ball on the ground more than in any other event. And the USPGA? Well, that’s the other one.”

The same lack of profile might also be attached to Walker, at least until now. Despite winning six times in the last three years and being one of the few success stories within the losing US Ryder Cup team at Gleneagles in 2014, this likeable and unassuming soul has remained largely unknown to UK audiences.

“I have loved my time in Scotland,” he says with a smile of acknowledgement at his obviously Caledonianancestry. “I think the Scots got to know me a little better during the Ryder Cup, which was nice. I’m not sure how much my name played a part, but I got such a warm welcome over there. The fans were amazing during the 2014 Scottish Open at Royal Aberdeen – one of the toughest courses I have ever played – and Gleneagles. I had a blast at both places.” 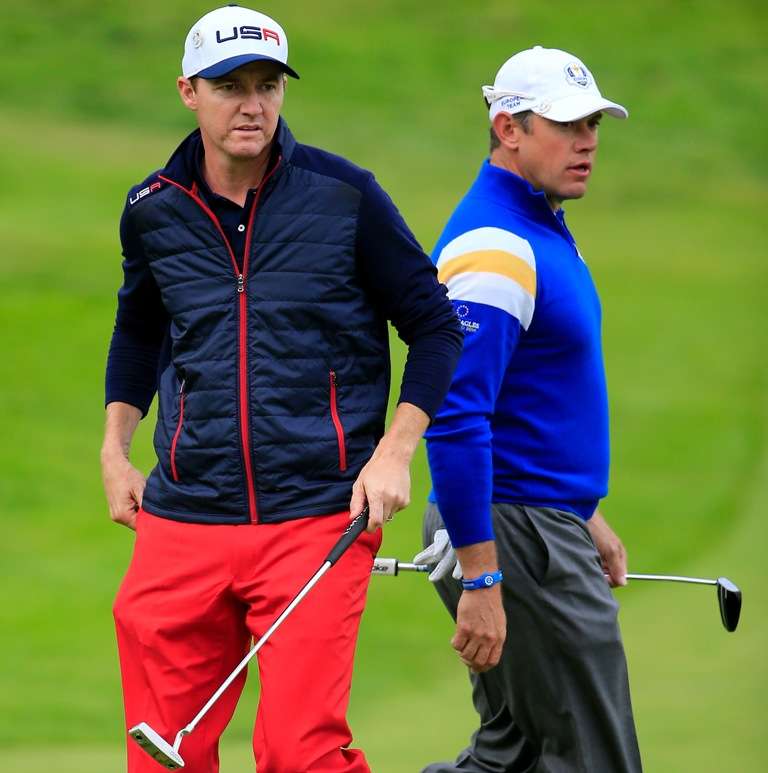 Player of the Year on the second-division Nationwide (now the Web.com) Tour in 2004, Walker spent the next few seasons battling – with varying success – relegation from the PGA Tour. After re-gaining his card at the 2008 Qualifying School, Walker’s 125th place on the money-list in 2009 made him the last exempt player for the following season.

“I’m not sure why it took me so long to get where I am now,” says Walker with a shrug. “I did get injured when I first got on tour – my neck can still be a problem even today – and it was a while before I got over that. I wouldn’t trade anything though. Sometimes things in life take longer than you might want. And I guess that applies to my career.

“There were a couple of times I thought about walking away. I didn’t want to keep finishing way down the money list. That’s no fun. I was killing myself and not really having that much to show for it. It costs a lot of money to operate on tour and when you’re not making that much cash it’s a constant struggle. So I made a conscious effort to try and get better.”

Perhaps the strangest aspect of all this is that Walker owns one of the most-admired swings on tour.

“It’s flattering to hear that stuff,” he says. “But I’m really not sure where it got started. The evolution of my swing was me and my Dad working away at home. He wasn’t a coach, but he was a good player. So this is just the way I have always swung. It has always been big and long and fluid. I didn’t have my first actual lesson until I was in college, by which time my technique was pretty well established.

“At the same time, I was pretty raw. My first coach, Brian Gathwright, did a nice job fine-tuning my game. We worked for a long time and now with Butch (Harmon) it’s the same sort of thing. But all the way through, my basic swing hasn’t changed that much.”

Indeed, long and fluid, Walker’s method is something of a model in today’s power game. So the only things lacking back in the day were confidence and a less aggressive on-course approach.

“I’ve always been a decent putter, but pretty much all aspects of my game needed to improve,” he admits. “It was a lot of effort and that drove me on. I didn’t want to spend all that time on something and end up with nothing to show for it. I changed everything around me – manager, coach and caddie. I got a trainer that really helped me.

“I looked at my stats. That helped me focus on all the things I had to work on. But most of all I changed my mentality. I’m a lot more positive on the par-5s. They are where you make your score at tour level. But the biggest thing was finding out that, to win, I didn’t have to be perfect or make a ton of birdies.”

That much was certainly true at a sodden Baltusrol. In the final round, the newly-minted Open Champion, Henrik Stenson, made only one birdie. And, before his sensational but ultimately unavailing eagle on the 72nd hole, defending champion and world No1 Jason Day dipped under par only three times. So did Walker, his card unsullied by even one dropped shot, whereas Day crucially made two bogeys in his first three holes.

“Jimmy just does everything really well,” says renowned swing coach Pete Cowen, who works with Stenson and Masters champion Danny Willett. “He’s not the best in any department of the game but there are no real weaknesses there either. He’s ‘sneaky long’ off the tee. And he putts great.

“On the face of it, there is no real logic behind why he took so long to break through. Some guys just need longer to get comfortable in uncomfortable situations. That can destroy some players. But Jimmy has figured it out. Nowadays, he always looks comfortable when he is in contention, which he is on a regular basis.”

Up to fourth on the US Ryder Cup qualifying standings from a lowly twenty-eighth, Walker is now a racing certainty to make a second appearance in his country’s colours at Hazeltine next month. Given how well he performed in a losing cause last time, that is surely something American skipper Davis Love will welcome. After scoring three halves in the company of compatriot Rickie Fowler – twice against pairs containing then world No.1 Rory McIlroy – and a somewhat exhausted Saturday afternoon defeat, Walker went out on the final day and beat Lee Westwood 3&2. His was a terrific overall performance.

“I don’t think there is any one reason why we keep losing the Ryder Cup,” says Walker. “For me, it’s a toss of the coin. You could flip it 20 times and it could obviously go either way every time. That’s the Ryder Cup. It’s not something I worry about.

“Both squads were great. We were missing a couple of guys (most notably the current US Open champion, Dustin Johnson) who could have made a difference, but the team was still strong. The camaraderie aspect of it was what struck me most. It meant a lot to stand there with the other guys and look up at the flags. Being part of such a massive event made me proud of my country and where I come from.”

In that respect, Walker is no different from many other players at the top end of the game. But in one way at least he stands out:  the San Antonio resident is undoubtedly golf’s premier “astro-photographer.”. In August of 2014, his striking image of something called the Iris Nebula was chosen as NASA’s “picture of the day”. 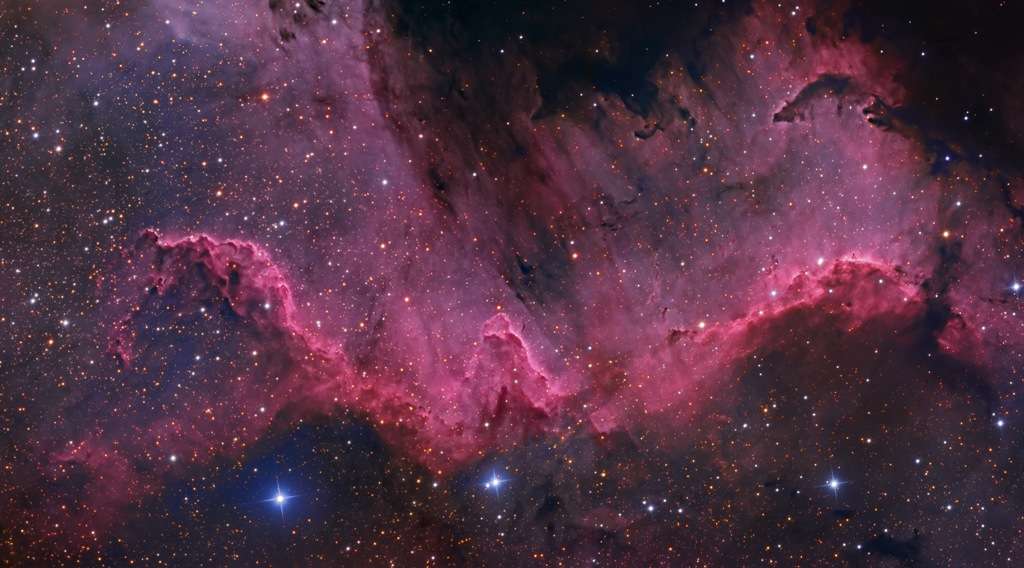 Out of this world: Jimmy Walker’s image of Iris Nibula was chosen as NASA’s picture of the day

“I’ve always been curious about what is out there,” he says. “It all started with a small telescope in my back yard. Now I have a telescope and a camera set up in a really dark place in California, high in the mountains. That cuts through a lot of the junk in the atmosphere.

“They snap away on a particular target for maybe 20 hours at a time. That’s what makes my pictures look the way they do. I’m proud of what I’ve created.”