Travel: Two gems on the outskirts of Mallorca’s tourism trap 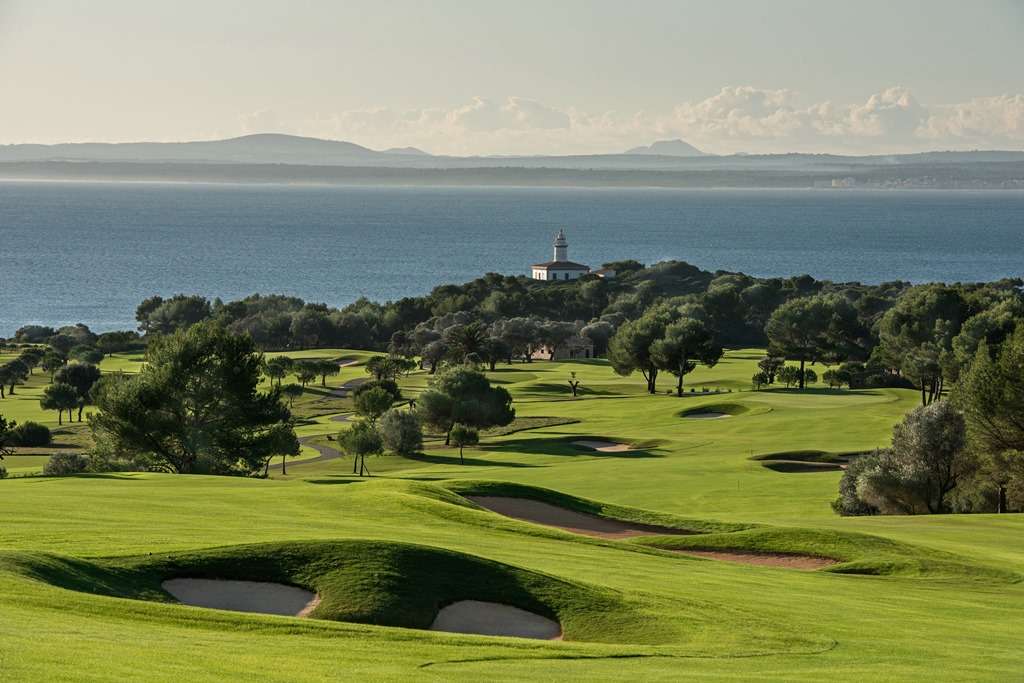 The 610-yard seventh hole at Alcanada.

IT’S LIKE discovering Sunningdale on the outskirts of Margate. Just a 10-minute drive from the sprawling brashness of the tourist trap that is Port d’Alcudia on the north- eastern coast of Mallorca is one of the most beautiful and tranquil golf courses to be found in Spain, let alone on this hugely popular island.

Much of the Spanish coastline has been ruined by over development but as one drives the short coastal route to Alcanada golf club it is impossible not to be delighted by the green woods on one side and a sweeping view across Alcudia bay to distant hills unblemished by high rise hotels.

The site of Alcanada has been owned since 1985 by the Porsche family, of luxury motor car fame, although it took a lot of hard bargaining to get a golf course built with stringent limitations on what could be created, which is why the clubhouse is in a large converted, stone farm building, parts of which date back 400 years, and also why there is no hotel on the doorstep. The Robert Trent Jones junior design opened for play in 2003.

Jones likes to start with a par five to get golfers moving, although traditionally one that is fairly benign with a banked fairway that gathers any slightly offline shots and kicks them back down towards the middle. Not so at Alcanada where we start with one of the toughest holes on the entire course.

Off the regular men’s tees we are facing a 495-yard uphill challenge with the fairway splitting in two for the second shot before we decide whether we can attempt the raised two-tier green that lies tucked away left, behind a gorge with a stream flowing through it and rough vegetation either side. A bogey can be an extremely satisfying start.

Our journey on the front nine takes us climbing westwards up the hillside before turning back on ourselves and dropping down towards the coast where we get some wonderful views across to the lighthouse on its small island that Alcanada has taken for its club logo.

There are no easy holes on the front nine with even the two par threes being well defended by sand and the sloping greens of which Trent Jones is so fond. What does strike the first time visitor along with the toughness of the course is the quality of it with lush fairways and smooth, true greens.

Most of all golfers can rejoice in the beauty of the surroundings and the way the holes flow almost as nature intended.  The seventh hole is possibly the most beautiful for it is here, from a raised tee, we can take in the full, glorious panorama. And at 620 yards, running down towards the coast, we certainly have sufficient time to appreciate the view.

Like many European courses the long par four ninth leads us back to the clubhouse where we may take time out to visit the pro shop to restock with balls or else simply grab a beer from one of the extremely helpful course marshals, who are all English, and head on our way.

Whilst still tricky the back nine is certainly the easier of the two loops at Alcanada and it must have been a tough decision not to play them the other way around. We get the respite of two relatively short par fours and can enjoy the views across the bay before facing the grueling final three holes.

The 16th, a 450-yard par four with seven bunkers to avoid short of the green is a beast and the second toughest hole on the course. After a long par three, the 18th lacks the drama of the earlier holes but still needs two precise shots to get onto a wide kidney-shaped green that slopes towards us.

This is no place for the novice and can be a tough climb for the senior golfer, but when sitting on the delightful terrace enjoying some excellent local food and a stalky glass of Spanish red wine there are few better spots to look out from in European golf.

However, we must sadly leave this Austrian-owned club and head for the other blue chip property on the Mallorcan golf scene, only this one owned by a German. 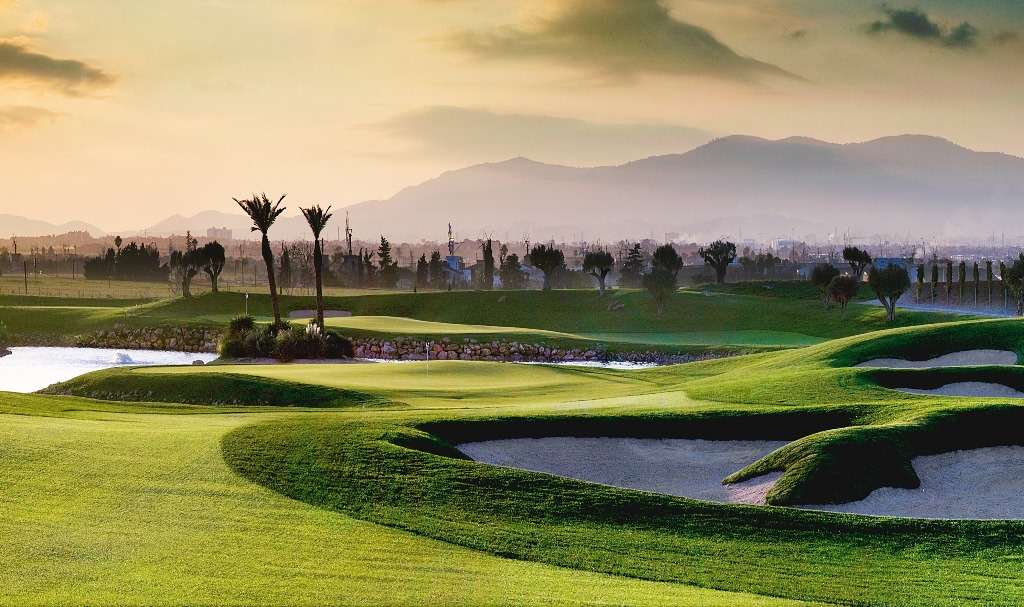 Son Gual, is within a 15-minute drive of the international airport, and was the brainchild of multi-millionaire German double-glazing magnate, Adam Pamer, who has a stylish home in Mallorca but could not find a course on the island he though good enough to play regularly so he decided to build his own.

Pamer recruited German golf architect, Thomas Himmel, and presented him with 175 acres of pancake flat, scrub and farmland and urged him to do his damnedest.

Over 1.8m cubic yards of earth was shifted with 800 mature olive trees, some over 1,000 years old, planted in a project costing around €30m and the end result is stunning, delivering a course that has already featured on the European Seniors’ Tour despite only opening in 2007.

The first thing that strikes the visitor, after the size and quality of the clubhouse, is the condition of the course. Tee boxes are immaculate and whilst, at 7,240 yards, Son Gual can be a terrifying challenge off the back tees there are five other positions to play from.

The greens are enormous as are the bunkers with large tracts of irregular sand dotted along the fairways. And if the bunkers don’t get you there is a fair chance the water will with seven man-made lakes, of which the largest runs along the left of the 12th fairway being 70,000 sq ft, about the size of your average football pitch.

There are no easy holes but the stroke index two, par five 18th is a monster.  At 581 yards off the tips the hole swings right to left with a meandering stream tracking the left hand side of the fairway to around its halfway point when it takes a very nasty right hand turn. From here it babbles forward until it forms a small lake in front of an elevated, very wide, sloping and extremely shallow green.

From the clubhouse terrace with a cold beer in hand the 18th looks an altogether more benign prospect.