Tiger’s return vow must be treated with caution

Posted on 17th September 2016 by Adam Ellis in Featured, Features, In the Golf Paper | 0 Comments 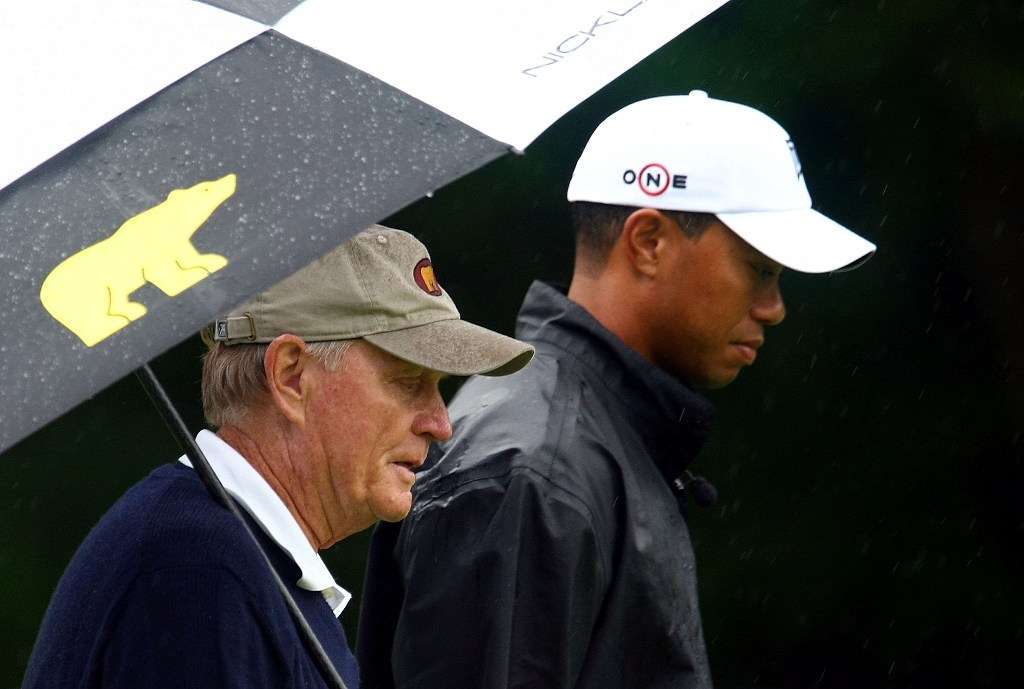 So he’s coming back. Maybe. The news that Tiger Woods “hopes” to play in as many as four events between now and the end of the year needs to be viewed with caution. While every true golf fan will welcome the return of the man who has surely played the game better than anyone ever has, experience has taught us to treat his public promises as fact only after they actually happen. In that respect, nothing has changed.

“My rehabilitation is to the point where I’m comfortable making plans, but I still have work to do,” said Woods in his “comeback” statement. “Whether I can play depends on my continued progress and recovery. My hope is to have my game ready to go. It could be a fun fall.

“It was difficult missing tournaments that are important to me, but this time I was smart about my recovery and didn’t rush it. It was great spending time with my children Sam and Charlie and also working on a lot of projects including golf course design, the upcoming 20th anniversary of my foundation and my book about the 1997 Masters. But I missed competing. I want to thank all the fans for their kindness and concern. I’ve been a pro about 20 years, and their support has never waned.”

“Even though we’re expecting big things, I won’t expect too much from Tiger,” confirmed the new world number one, Jason Day. “It’s tough to come back and be as sharp straight away.”

Rory McIlroy was equally realistic. “You miss the miss the buzz that he creates at tournaments,” said the Irishman. “He brings an aura and an atmosphere that no one else in golf can bring. People are going to expect him to go out and play well, but it’s going to take time. Sometimes you have to take the bigger picture and and I think that’s what Tiger started to do. I’m sure the long-term goal is to get himself ready for next year’s Masters. That’s where he wants to be.”

What no one was articulating, however, is the greatest sadness of Woods. In the two decades that have passed since he announced his arrival in the professional game with two words – “hello world” – the 14-time major champion has gone from ultimate hero to almost zero. Which is a shame. Back in the day, the first golfer ever to be the most famous sportsman on the planet was whiter-than-white in everything but his skin colour.

Woods always dressed in a classy way. Not for him the backward wearing of hats, or multi-hued trousers or shirts. Perhaps his only deviation from traditional golfing garb was the sneaker-like shoes he wore courtesy of long-time sponsors, Nike. Then there was the respect he always showed – publicly at least – for his fellow competitors. Many have spoken over the years about the courtesy Woods always afforded those playing alongside him. Walking the fairways with the game’s biggest attraction brought with it myriad distractions, a fact Woods himself was apparently always benevolently aware of.

All of which combined to create the soft-focus image of a uniquely gifted golfer blessed with the kind of integrity demanded by a sport that is in so many ways self-policing. So it was that, amidst all the success, Woods was more and more viewed as a great sportsman in the same vein as, say, Jack Nicklaus and Arnold Palmer. Winning was big, but not everything. How one played was always more important than how well. 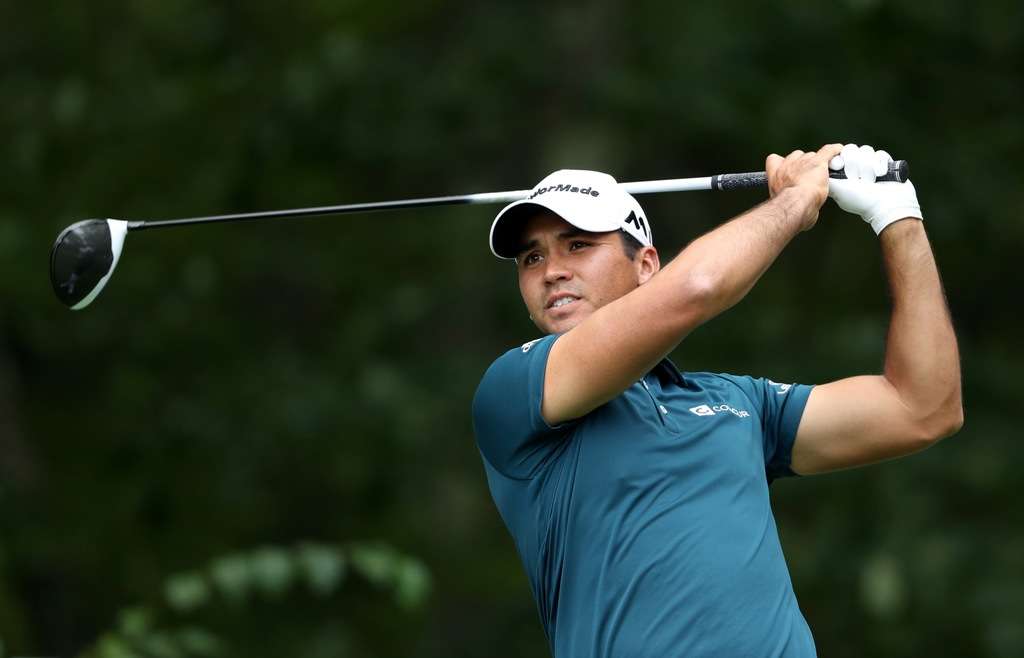 Realist: World No.1 Jason Day says we shouldn’t expect too much, too soon from Woods (photo by Getty Images)

But that was then. Let’s not forget that, maybe 18 months ago, Woods was a golfer battling the dreaded chipping yips. It was both stunning and pathetic to witness. Thinning, chunking and duffing almost every short shot, Woods was reduced to a mere caricature of the seemingly supreme being we watched for so long.

“I was surprised by the severity of what we saw,” says swing coach Hank Haney, who worked with Woods for six years until 2009. “But if I look at Tiger’s history he has had those shots in his bag for a while. At the 2008 US Open he had a routine pitch from below the 13th green. He chunked (duffed) it. I asked his caddie, Steve Williams, what happened and his response was, ‘he yipped it with his knees. He did that knee-dip thing.’ That was the first time I had seen that.”

Long before that episode and as his game deteriorated, Woods’ behaviour went through a commensurate decline. He was roundly and rightly criticised for an unfortunate propensity to vent his distaste for poor shots through the loud uttering of four-letter words. His habit of expectorating seemed to be more pronounced in the immediate aftermath of a missed fairway, green or putt. And his awareness of how much he could influence the volume and movement of spectators when others were swinging diminished.

That was bad enough. But more and more Woods was involved in rules-related incidents – each one more worrying than the last – that cast a long shadow over his basic integrity. Most famously, he took an erroneous drop in the middle of the 15th fairway at Augusta National during the second round of the 2013 Masters. Only a dubious combination of circumstances saved Woods from disqualification. Even then, many felt that he should have withdrawn from the event, having signed his card before his error came to light, officially at least.

In May that same year, things took an even more sinister turn during the final round of the Players Championship, an event Woods eventually won. A massively destructive pull-hook into the lateral water hazard left of the 14th fairway was followed by a penalty drop in a place that was at best highly dubious, close to blatant cheating at worst. Estimates varied as to how far from the correct spot Woods dropped, but few felt it was close to correct. Whatever, many heads shook in dismay at his unfortunate and seemingly premeditated actions.

Four months after that, the then-world number-one was involved in what can only be described as a highly contentious incident during the BMW Championship in Chicago. While removing a twig close to his ball, Woods stopped when the Nike swoosh on said sphere appeared to move. Or, as he later put it, “oscillated.” Oscillation is, of course, okay under the rules of golf. No penalty there. But video evidence later proved conclusively that the ball had shifted position, albeit slightly.

That was bad enough. But Woods compounded his obvious error by refusing to accept the verdict of the rules officials. It was a disturbing departure into the realms of fantasy and, it must be said, arrogance of a kind that did the perpetrator no credit. “I’m above the rules of the game,” Woods seemed to be saying.

So, as we all came to realise, there is a dark and unappealing side to the Woods character, one that, depressingly, manifests itself on the course as well as off. Encouraged by the example set by his arrogant and mean-spirited agent, the estimable Mark Steinberg, and protected by the boorish bouncer that is the despicable Williams, Woods led a three-man war against many of the good things golf – even at the highest and most competitive level – has always stood for.

One has to wonder how, even as his public utterances on Woods remain predominantly both encouraging and positive, Jack Nicklaus privately views his successor atop the professional game. Given that golf’s greatest champion doubled as its best “loser” (see his “Duel in the Sun” with Tom Watson for the 1977 Open Championship at Turnberry) and one of its premier sportsmen in the truest sense of the word (see the generous concession of Tony Jacklin’s three-foot putt to tie the 1969 Ryder Cup at Royal Birkdale), it is easy to imagine the Golden Bear cringing at the antics of the tarnished Tiger.

So it is that the game has hardly missed the flip side of the Woods character: The pointless obfuscation that seems to pervade his very being; the baleful and contemptuous stares at even a mildly impertinent interrogator; the lack of interaction with fans old and young; the stupid and ridiculously evasive answers to the most innocent and harmless questions.

Over and over again this paragon of vice was revealed as little more than a bully capable of petty and demeaning acts of poor behaviour towards fellow members of the human race. Let’s hope, at least in all of the above, he comes back a changed man. If he does, of course.