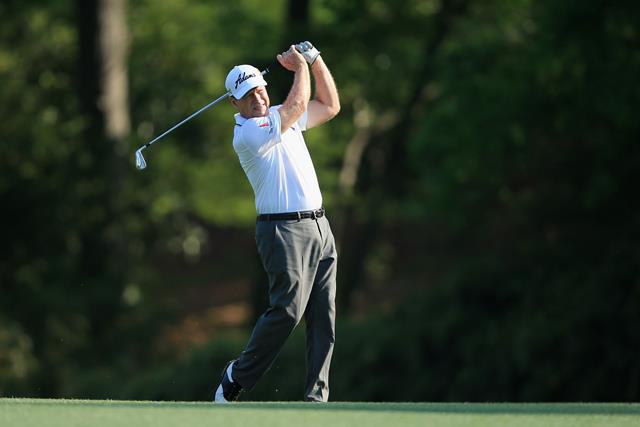 during the first round of the 2015 Masters Tournament at Augusta National Golf Club on April 9, 2015 in Augusta, Georgia.

Tom Watson says he is looking to go out with a bang when he plays in his final Open Championship next month.

A change to the rules has given the 65-year-old the chance to tee it up one last time at St Andrews and he is desperate to ensure he doesn’t waste his opportunity.

The 65-year-old won the Claret Jug five times earlier in his career, with all of his successes coming on different layouts, which is an Open record.

He never managed to get the job done at the Old Course, though, and although he admits adding to his tally in July could well be beyond him, Watson is confident he will be able to make it through to the weekend.

“The anticipation is getting closer and closer to my final Open championship and it’s going to be a very special time,” he told Reuters.

“I feel maybe a little bit melancholy but the memories of all the years playing in the Open will make it pretty happy. I’ve had a wonderful experience playing here in the Open for these last 40 years.”

“I want to walk across the Swilcan Bridge on the Sunday, that’s my goal, and anything else will be gravy.”