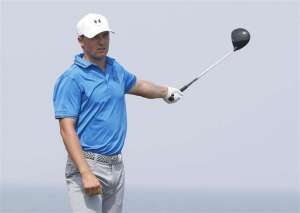 Jordan Spieth says he and his team are doing everything they can to ensure he is able to match his 2015 achievements next year.

The 22-year-old has enjoyed a brilliant season, breaking his major duck in April at the Masters before going on to back it up at the US Open a couple of months later.

Spieth also claimed wins at the Valspar Championship, the John Deere Classic and the end of season Tour Championship to place him at the top of the world rankings at the end of the year.

He is now being tipped to continue his progress despite his tender years, and will again be relying on those around him.

Throughout his rise to the top, the American has credited both caddy Michael Greller and his coach Cameron McCormick for his success, while he is also known to be extremely close to his family.

The Texan is now planning for more of the same next year and says everyone around him is concentrating on giving him the best possible chance of repeating his 2015 success.

“From day one we’ve had the same team all working together for the same goal, which is really to have a year like this year,” he said. “And it’s not just to have the year and stop.

“Everyone’s working in order to try and make this the norm. We want years like this year to continue.”