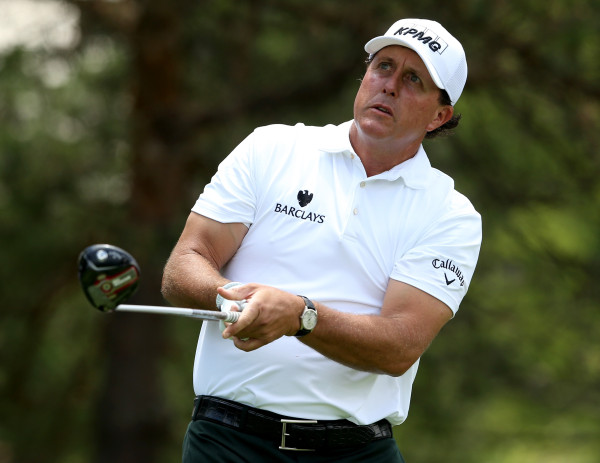 Amidst the frenzy of pre-championship publicity generated by speculation about the Chambers Bay course, not much was said or written about Phil Mickelson and his second attempt to complete the Grand Slam with a US Open victory.

As it turned out, the media’s apparent lack of interest was well founded. The Californian, who turned 45 on the eve of the event and has six-times been a runner-up in his national championship, shot 293, 13-over par, and finished well back in a tie for 67th place.

It had all started so well too. One under par after two holes of his opening round, two under after four and three under five, Mickelson stormed to the top of the leader board. It didn’t last though. By the time he holed out on the 18th green for a round of 69, one under the card, the five-time major champion was headed in the wrong direction.

Nothing much changed the next day either. At one stage it looked as if Mickelson might even miss the cut, which fell at five over par. He rallied late, however, with a birdie-par finish, eventually signing for a 74 and a halfway aggregate of 143.

Things went from bad to worse on day three. Nine times Mickelson dropped a shot to par; only twice did a red-figure appear on his scorecard. It all added up to a 77 that left even the usually effusive Californian short of things to say, although he did manage to find one small positive amidst the carnage.

“As bad as my score was, I hit a lot of good shots that ended up as bogeys,” he said. “And through three rounds I haven’t made a double (bogey).”

That little record didn’t quite make it to the end though. One over par for the fourth day playing the par-5 18th, Mickelson took seven. He only hit the ball six times, but an air-shot – playing from thick rough next to the green his wedge went under the ball – counted as one too.

There wasn’t much to be said after all that either, of course. And Mickelson stuck doggedly to a diplomatic script.

“I enjoyed coming to Washington to play a major championship event,” he said. “The people here appreciate the PGA Tour players and the US Open and have really supported it. It was fun to play here. But I wish I had played better.”