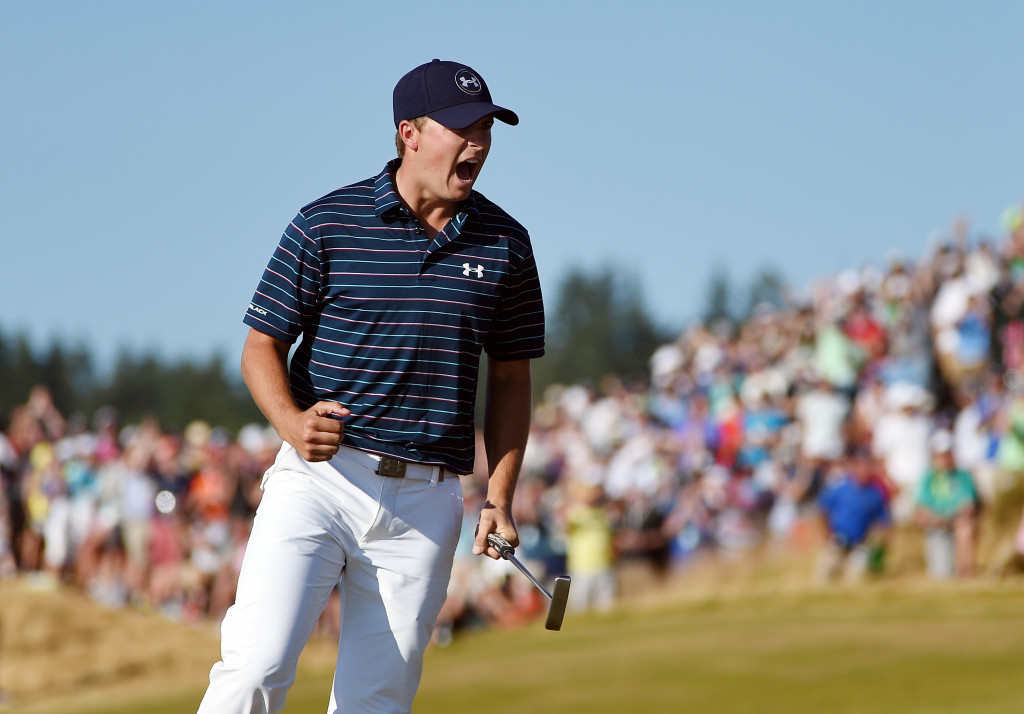 Jordan Spieth is using the pain of losing out in the Open at St Andrews as motivation for this week’s WGC-Bridgestone Invitational.

The American headed to Scotland hoping to win his third straight major after success in both the Masters and the US Open, and was well in contention heading down the stretch on the final day.

However, a bogey at the 17th meant he finished one shot adrift of the play-off, which was eventually won by compatriot Zach Johnson.

After taking the last few weeks off, he is set to return to action on Thursday at the WGC-Bridgestone Invitational and is the favourite to win the event in the absence of world number one Rory McIlroy.

Spieth admits he was left feeling extremely frustrated by his inability to win at St Andrews and is now channelling that hurt as he goes hunting success in Ohio.

“That leaves a bad taste in my mouth,” he said. “Not because it was the third major in a row, but you just don’t get many opportunities to contend in a major at St Andrews.

“To have that chance after being the one in control and not finish it is a tough feeling. It was a tough feeling on the flight home, especially with Zach and the jug there.”