Robert Rock column: Jason and Jordan need to both speed up 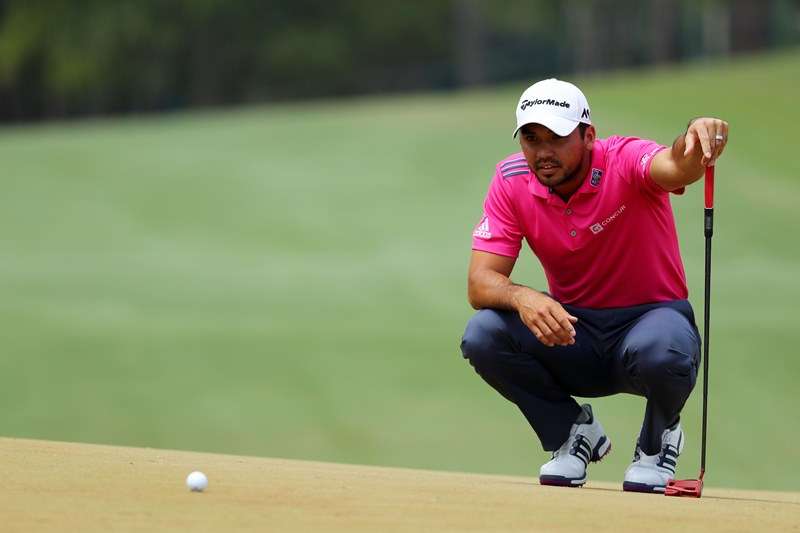 It would take a long time to read through the whole 74-page document that The R&A produced last week with the aim of speeding up the pace of play and increasing the attraction of taking up golf as a sport. About the same time as it takes to complete a round of golf.

However, it does contain some basic principles that if clubs do take on board, will make golf a far more pleasant experience for all concerned. And I like the fact that it is not just golfers themselves that are targeted in the campaign.

One of the key areas is the way clubs set up their courses. Having long rough may make the layout look more attractive but, in an average member’s fourball, at least one player is going to miss the fairway with his drive on every hole.

If that means a five-minute search for the ball after every errant shot so the time it takes to complete the round is going to be unacceptable and annoying to the players behind.

The answer has to be that while a course looks natural and far more attractive with rough, it should always be left far enough back from the fairway so that it does not come into play for even the wildest of shots.

The alternative for balls that miss the short grass is semi-rough three to four inches in length where they can always be found quickly and then, depending on the lie, chipped back onto the fairway or played with a longer club with the risk that it might not come out cleanly.

The R & A says that it is also up to the organisers of monthly medals and Stablefords to not mix up two, three and fourballs and to keep a good space between start times. But I think it should go further than that.

Starting sheets should be ­organised in handicap order with the best players going out first and the high handicappers, who take more shots and may have to look for more than the odd ball or two, last in the field so that there is no one playing behind them.

All golfers, whatever their level, be they a 36-handicapper or the world No 1, should think of other players behind them. They should be in ­position and ready to play their shots when it is their turn and avoid having lengthy pre-shot routines.

Around the putting greens there are a couple of other practices that can speed up play. Golf bags should always be left close to the route to the next tee and, as the last player in a group is putting out, one of his partners should have the flag in hand ready to be put it back in the hole swiftly.

Penalties for slow play in the ­amateur game are difficult to enforce although I know of one course in Scotland where members are handed a disc as they walk to the first tee and, if it is not handed back in within three and a half hours, they are denied access to the course the following weekend.

As for us professionals, if we could speed up the pace of play at our tournaments it would make it more fun for spectators because ­sometimes the speed of play is boring.

You have got to be a great ­entertainer to be interesting to watch when you are not actually playing a shot and at the moment we just don’t have that class of player at our events.

Seve Ballesteros was always ­interesting to watch when he was studying what type of shot he was going to play. From the look on his face you see the intensity of what he was thinking at the time.

And Tiger in his prime was a bit like that when he was stalking about. Players with that high level of ability have such a variety of shots in their armoury that choosing the one they wanted to play was not as ­straight­forward as ordinary players with less choices available.

But Jason Day and Jordan Spieth, the two players currently at the top of the world rankings,  do not fall into that category and both of them are among the slowest players around.

By comparison, Rory McIlroy and Danny Willett are whippets and their routines for playing shots are the ones that youngsters should be taught to emulate.

The current system of fining players at tournaments is good at Tour level and I recently heard that one individual has been fined quite a few thousand this year. But a £5,000 penalty does not have any effect on Day and Spieth. When they go out on the course they are playing for trophies and world ­ranking points – they are not playing for cash, and a fine means nothing to them.

But being handed a shot penalty does harm their pursuit of trophies and ranking points and if they were  to be given out early in proceedings, it would effect the pace of play­ ­produced by top stars like them.

Slow play on the course is the biggest curse of our sport at a time when officials at all levels are making a huge effort to encourage people into the game – and as professionals we should all be playing our part.