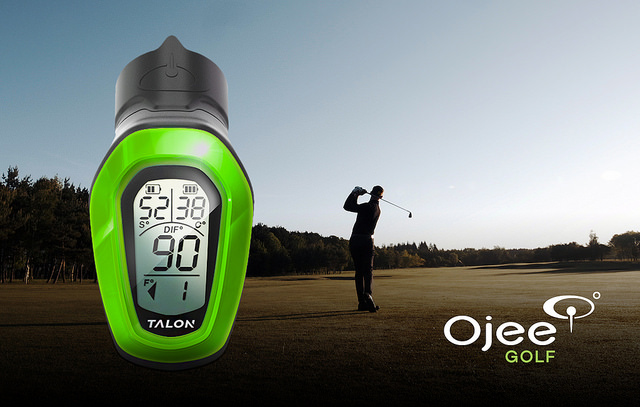 Ojee Golf has unveiled a revolutionary, new digital golf training aid that, for the first time in the game’s history, delivers real-time, visual feedback on golf stance, set-up and angles of address.

The TALON – the brainchild of Teesside-based product designer Matt Hulbert and his father Paul – is a unique addition to the golf technology market which enables golfers to view their stance and adjust to their best position, improving muscle memory, consistency and performance.

Following its airing on INDIEGOGO – a crowd-funding tool which helps users to reach financial goals – seven days ago, the innovative brand managed to raise nearly £7,000 during its first 24 hours, which will go towards further development of the product.

Ojee Golf has been delighted with the huge interest it has already received from the golf market, with more than 40 per cent of its 30-day £20,000 monetary goal already achieved.

The innovative product uses a digital display unit that attaches to the top of any golf club, together with a separate wireless back unit, which uses patent-pending technology to remove guesswork by calculating and clearly displaying four critical angles of address: spine angle, club shaft angle, club shaft to spine angle, and rotation angle of the club face.

The ground-breaking brand’s INDIEGOGO campaign has seen it partner up with some fantastic individuals and companies within the game – including Druh Belts – which has allowed it to offer consumers the chance to pre-order the product before its release to the public in November.

The product – which includes six different limited-edition, early-bird packages – is available exclusively to the INDIEGOGO community, and gives consumers the opportunity to reserve themselves a piece of golf technology history. 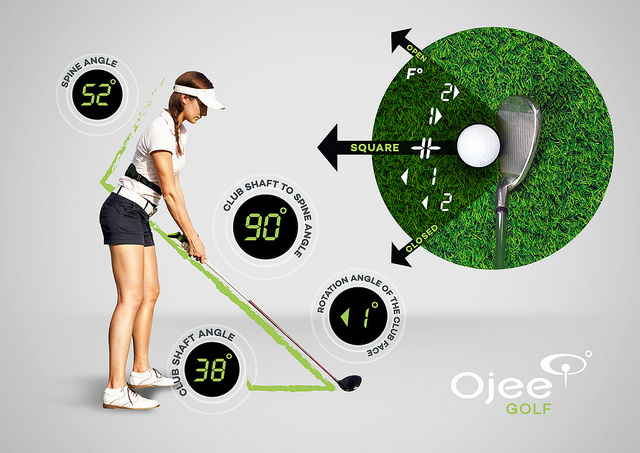 Company director Matt Hulbert said: “We had hoped to make a splash in our first week on INDIEGOGO, and we’re thrilled that the reaction has been great so far.

“It’s fantastic to see the word getting out about TALON – a product we’re really excited about and which, we believe, fills the gap in the market for a golf stance improvement tool with real-time feedback.

“We are all physically different, but we all share a common golfing problem: being able to consistently reproduce the exact same swing over and over again in all situations – we believe TALON is the solution.”

Ojee Golf was founded by Hulbert and his father in 2014. Matt’s background in product design, combined with Paul’s lifelong passion for golf led to a 12-month quest to solve a critical issue for golfers: how to establish and replicate the optimum golf stance or set up position.

The TALON was born from these informed words and has become the driving force behind Ojee Golf’s pursuit to develop a training aid unlike any other out there.